Simply put, an orthomosaic image, sometimes referred to as an orthophotograph or an orthoimage, is an aerial photo that has been corrected for lens distortion, camera tilt, perspective, and topographic relief, which is changes in the elevation of the earth’s surface. These corrected orthophotos have no distortion whatsoever and a uniform scale across the image. To generate a photograph of a very large area we use a drone and special software to map out and fly the mission taking multiple photos which are then imported into different software where all of the images are stitched together to create a single very large, very high resolution image. 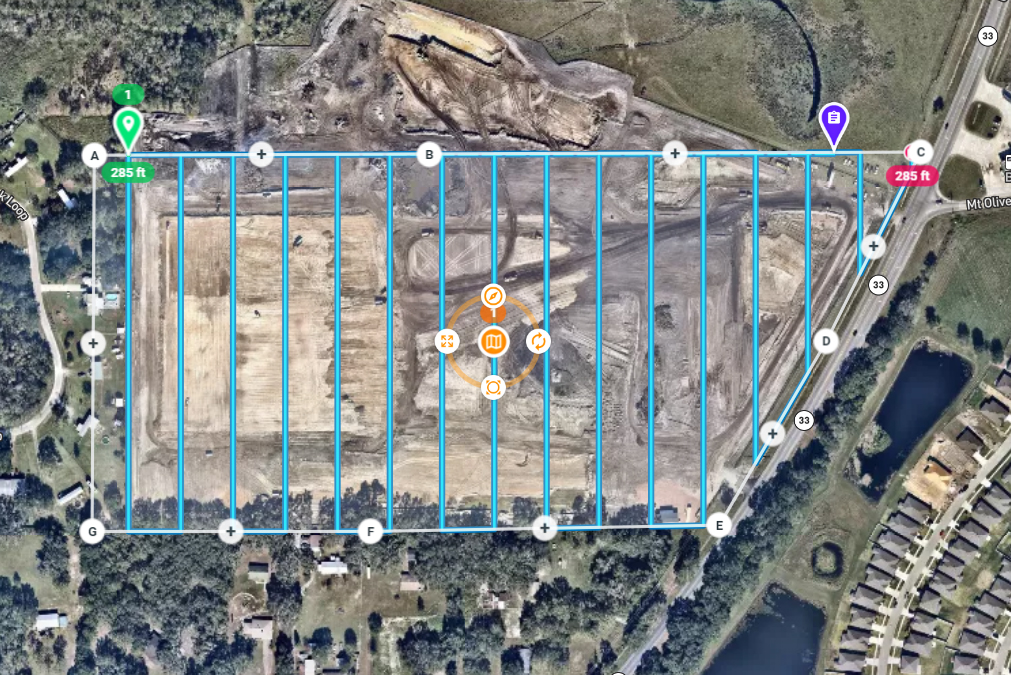 The image above shows the site of a future Best Buy. The grid shows the flight path of the drone. This mission will take 16.41 minutes at an altitude of 285 feet and a max air speed of 17mph, during which time, 181 photos will be taken. We use DroneLink to generate and fly missions. One of the huge benefits, besides the high resolution, is that this mission can be loaded and flown multiple times during the course of the construction, giving you a start to finish overview of the project. 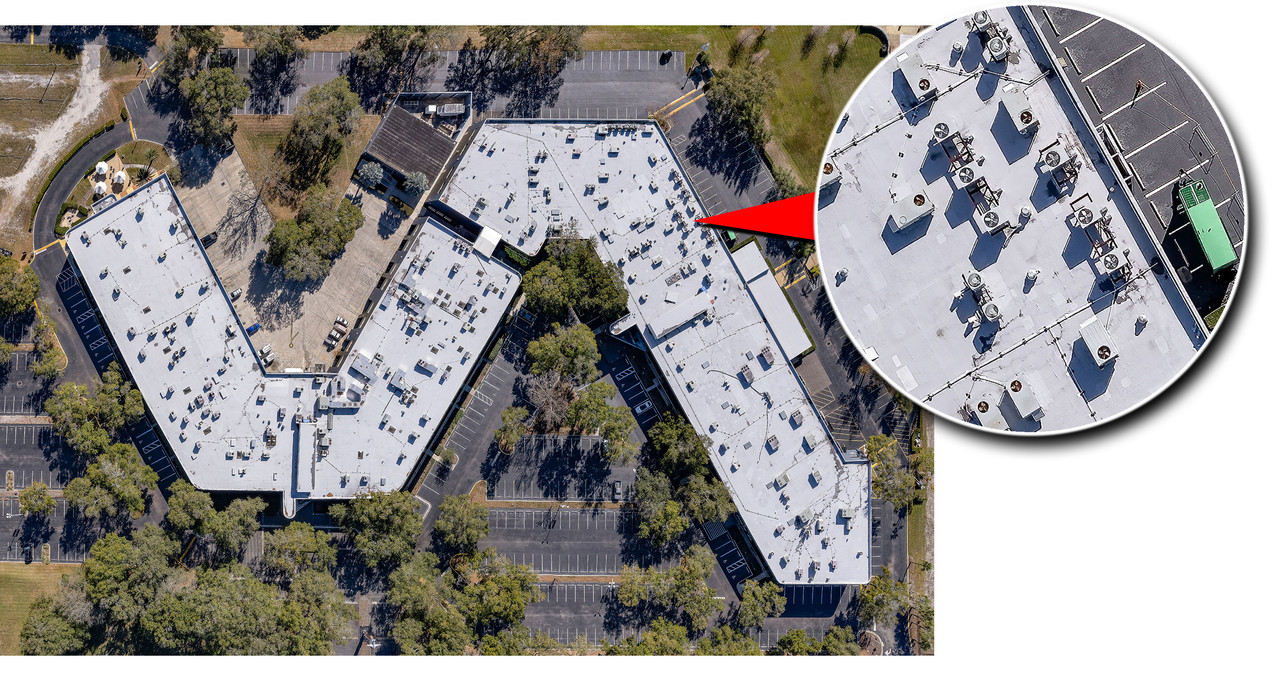 This is an ortthomosaic photo of one of the buildings at Full Sail University for a roof inspection. The image is a composite of 30 photos. The inset photo shows a section of the photo zoomed in to 100% demonstrating the detail possible in this kind of photography.